The Maze of Galious

Wow. April just went by and I havent posted anything. Crap. I was stuck on another Project. Switched to Linux for the 3D stuff and main OS few weeks ago.

Here is an Artwork with some MSX Stuff. In memory of one of the first Games I remember and played in 1987. We’re getting old. Rendered in January actually so not that new. I started it back in 2013. The composition is based off a Photography from the Poster “Nothern and Southern Constelations” A bit of a new Interpretation. Basically made as a study to learn. Was my first Interior Lightning. Had few problems during Rendering due to my SSD crashing. Made me give up on this Project and focus on a new one. Wish i could have put some more effort into certain parts but overall i’m happy.

Technical Detail:
Modeled in Houdini, Rendered with Mantra. Textures all Custom made from Scratch (except original MSX Package and Cartridges) MSX Computer Model etc. all fictional. Posters and Images taken from other Projects i’ve done. So no Photgraphy or real life pictures where harmed 🙂 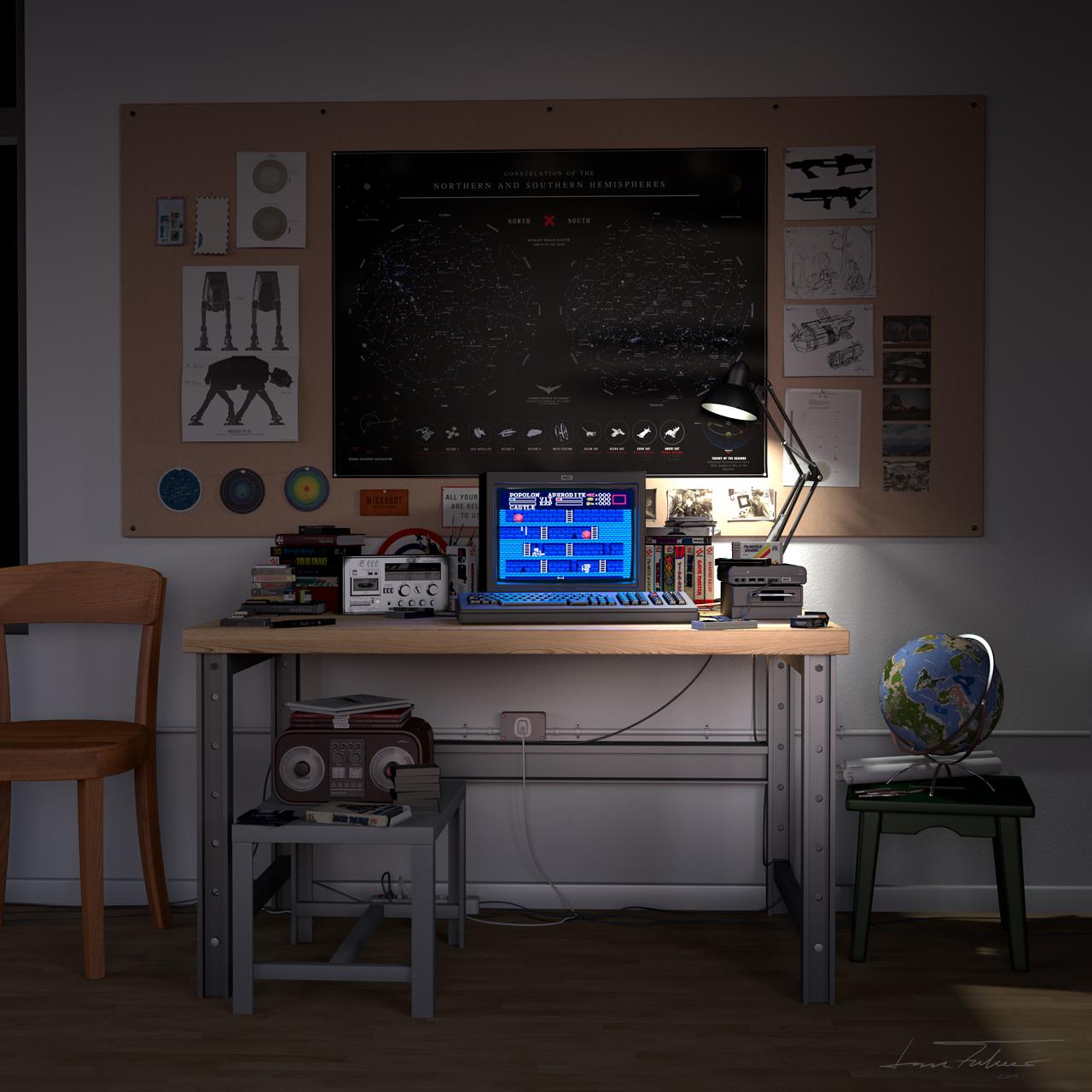 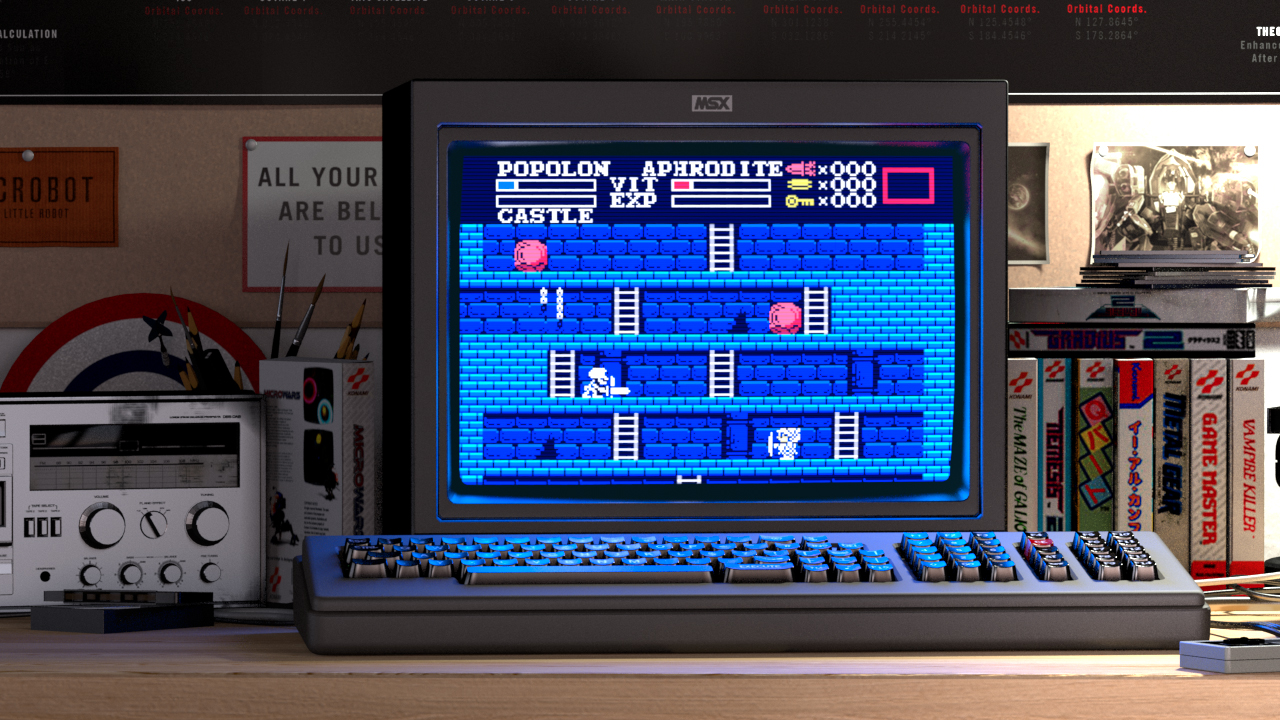 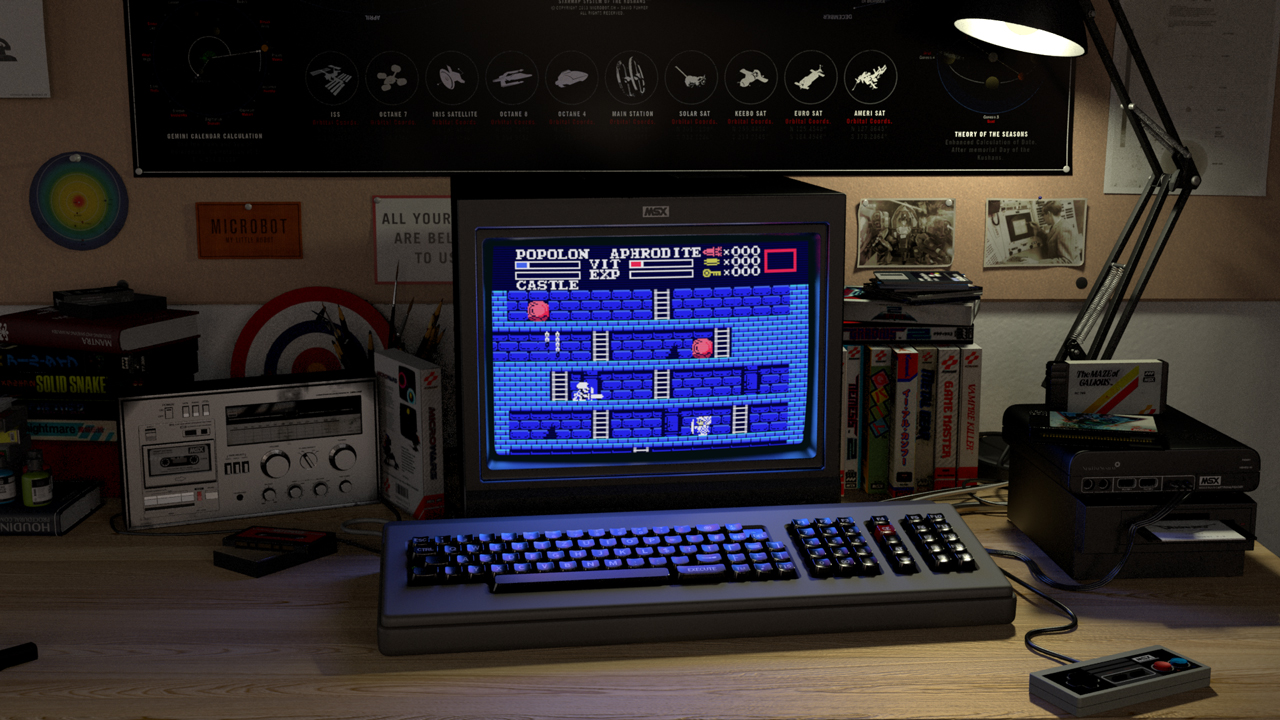 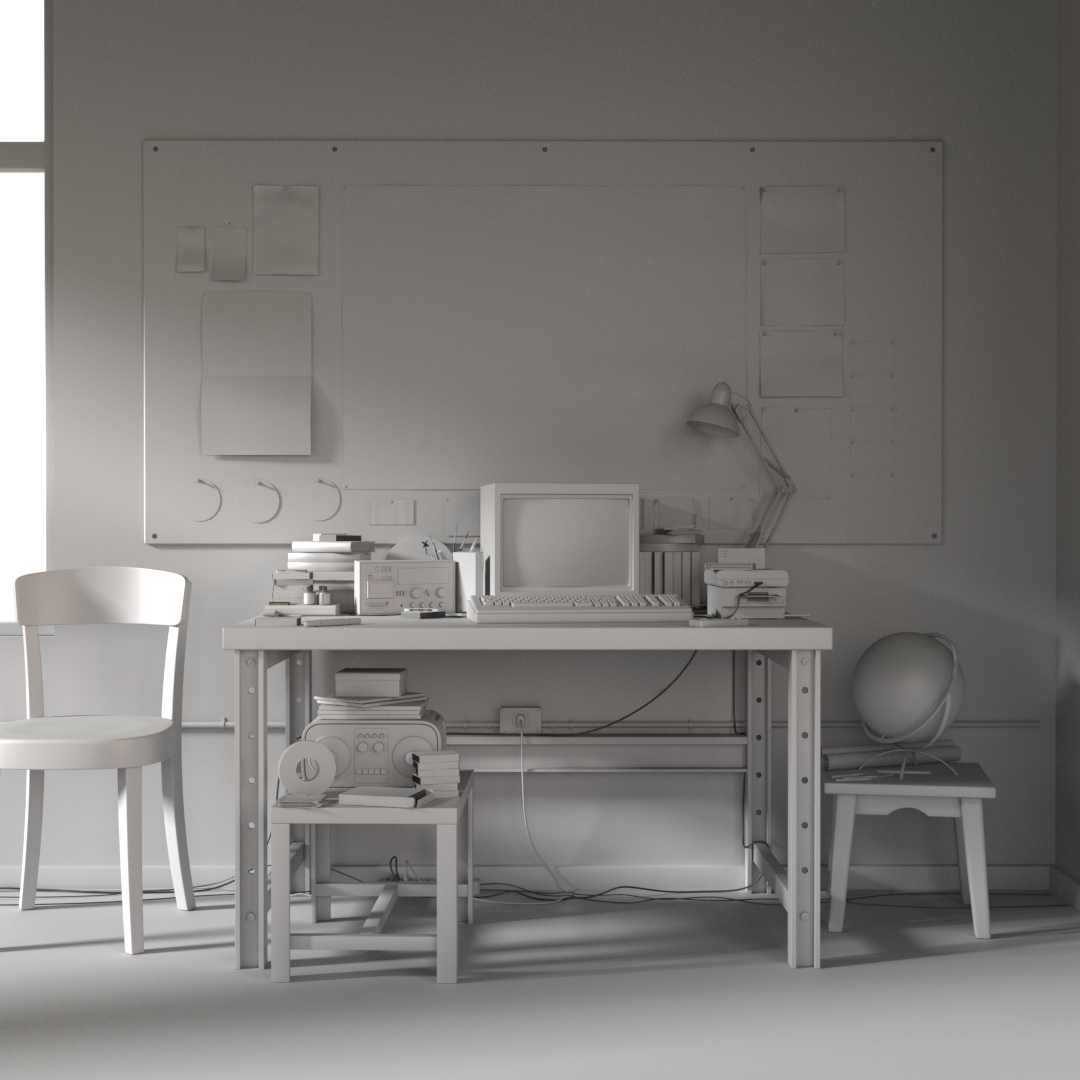